By the early 1980s, I’d been photographing the streets of Vancouver, music concerts, and derelict buildings for more than five years. I owned three cameras, several lenses, and had built my own darkroom (some people call it a spare bathroom!) A Beseler enlarger sat on the counter next to the bathroom sink, and three chemical trays balanced precariously on a pair of crutches over the bathtub – very professional. I dabbled in colour slides and Cibachrome (now known as Ilfochrome) prints, but most of my work was in black and white – Kodak Tri-X at first, then Ilford HP5, both 400ASA.

I came home from work late one night to find all the windows open, and almost everything gone. A very expensive stereo, two TVs, two VCRs, a 400-disc record collection including some rarities, antique shortwave radios, books, kitchen cookware, clothing, jewelry, watches, artwork, even an easy chair with matching ottoman. Apparently, a moving truck pulled up in front of my ground level apartment in broad daylight and started loading. No one said anything. Everyone thought I was moving. End of the month…? Makes sense. Three different suites in one haul. Good scam!

Needless to say, my ‘darkroom,’ cameras, lenses and accessories all went walkabout, too. I could’ve put up with that loss – hell, everything! – but the thieves also stole three thick binders containing more than a thousand negatives, slides, contact sheets, and print proofs, pretty much everything I’d shot since I’d purchased the gear. Devastated doesn’t begin to describe it. I didn’t pick up another camera for more than twenty years. 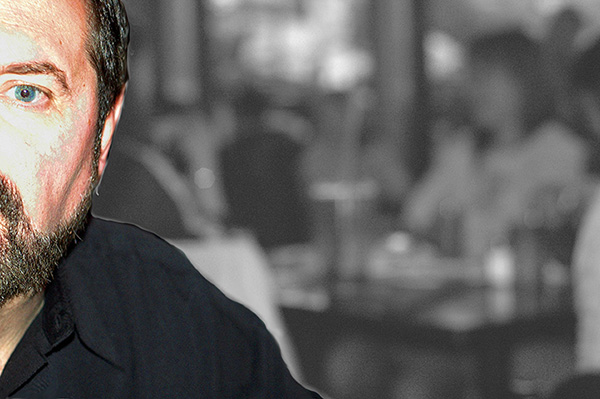 There were two silver linings to this dark cloud – one was immediate, the other would take a couple of years to discover.

Within a week of the break-in, I was dating the RCMP cop who answered the dispatchers call about a home robbery. She was a photography student and empathized with my present state of mind. She was tall – six one without boots – with long dark hair and a radiant smile, neither of which were evident until after work. She was breathtaking to look at I have to say, the product of equal parts Cree mother and French Canadian father. An all-too-short summer/fall I shall never forget.

The other silver lining occurred a couple of years later when I decided it was time to move. After loading furniture and boxes, I rolled up my large East Indian area rug in the dining room, and there they were. A half dozen plastic sheets with negatives, and a dozen contact sheets! WTF?!

I theorized that what must have happened was the thieves dropped one of the binders, and it popped open scattering the photo contents all over the floor, some slipping under the carpet. In the ensuing two or so years that carpet had been steam cleaned twice, chemical cleaned once, vacuumed multiple times, and walked on daily. Dust, dirt, water, and chemicals were ground into those remaining negative sleeves and contact sheets. I cleaned them as best I could. It certainly accounts for their present state as seen here in my portfolio. The fact they survived at all is a miracle.

As it turns out, the majority of those ‘reclaimed’ negatives were from my photo safari deep inside the abandoned British Columbia Penitentiary. That was the most unusual assignment of my career. You can read all about it HERE on my main website.

For years after the robbery each time I considered buying a new camera it brought back a flood of memories of what I’d had, what I’d lost. It was still an open wound. I saw no point in starting from scratch.

Why did I eventually come back?

I started with travel photography – pretty pictures of desirable locales, basically. Being a documentary filmmaker and travelling a lot made that transition easy. But what about my first love – street photography, editorial, photo journalism?

I remembered the stacks of magazines my neighbours and friend’s parents had when I was a kid: Look, Colliers, Saturday Evening Post, and of course Life. Poring over those magazines, and later books, and online portfolios of photographers such as Winogrand, Eisenstadt, Stieglitz, Haas, and even the very early work of Stanley Kubrick before he traded stills for motion pictures, began to inspire me all over again. These photographers and others had taken stunning larger than life black and white photos of life as they saw it. I wanted to do that. Those recollections superseded the bad memory of my earlier loss. It inspired me to return to that first love. More recently, seeing the work of Fred Herzog and Greg Girard up close in two back-to-back gallery showings capped it. They took my breath away. I decided to pick up where I left off.

It is often said that the best camera you own is the one you have with you when you want to take a picture. Increasingly, for most of us these days, that means a smartphone. For me, it’s an Apple iPhone 7+ which gives me the ability to shoot RAW images using enhanced software from Adobe Lightroom, and with an impressive app, Halide.

I still have an old dysfunctional Nikon D70 and a motley collection of lenses, and there’s no question I will return to a ‘proper’ camera at some point (Sony Alpha mirrorless series anyone?) But for now, let’s see where this ‘second generation’ of imagery takes me.

Herewith, a portfolio of the best of what’s come before, warts (dust, chemicals, water, scratches) and all. Enjoy!